The crowd at the annual SPARC picnic August 23 was the largest in SPARC’s history as more than 250 people turned out to walk the grounds of historic Morgan Manor, picnic with GOP friends, and hear keynote speaker, Assemblywoman Catharine Baker address her fascinating experiences in Sacramento. The weather was sunny and mild for the annual event that featured food by Armadillo Willy’s, a wine bar, and ice cream for dessert.

Catharine Baker told the crowd she is already in campaign mode as she expects to be a Democratic target in 2016. Her electer in 2014 was a first in California: the first time in 20 years that a Republican unseated an incumbent Democrat in the State Legislature. And, her election robbed the Democrats of their supermajority in the 40-seat Assembly.

SPARC members and guests voted in an informal “straw poll” in the 2016 race for the Republican candidate for president. Of the 250 people present, 144 voted in the poll. Donald Trump topped the list with 27 percent of the votes and Jeb Bush followed with 18 percent. Trailing those two candidates were Scott Walker (13 percent), Marco Rubio (11 percent), and Joh Kasich (9 percent).

“The field is still pretty wide open,” said SPARC President John McDonnell of San Mateo. “We can expect some considerable ebb and flow between now and the hard results in Iowa, New Hampshire and South Carolina.” Actual voting in the 2016 Republican presidential primaries doesn’t even begin until February of 2016.

The SPARC picnic also featured a short talk from Laura Bajuk, the Executive Director of the Los Altos History Museum, who entertained the crowd with the story behind Morgan Manor, the beautiful mansion where the SPARC picnic was held. The home was built in 1914 by Stanford Trustee Percy Morgan and was once home to Ford Country Day School. It was restored in the 21st century and its most recent owner was kind enough to allow SPARC access to the grounds of the estate for its picnic for the second year in a row. (Enjoy some photos of the event and check out the links below!) 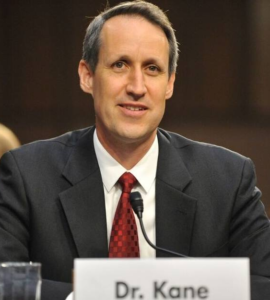