Professor McConnell is the Richard and Frances Mallery Professor and Director of the Constitutional Law Center at Stanford Law School, and a Senior Fellow at the Hoover Institution. From 2002 to 2009, he served as a Circuit Judge on the United States Court of Appeals for the Tenth Circuit.

Those who have signed up in advance can access the video conference via Zoom on your computer, tablet, or smartphone. A link to the meeting will be sent by email to registrants. Alternatively, you will be able to dial in to hear the audio. There is no charge for this event.

We look forward to seeing/hearing from you on February 17th!

This free event is open to the public and pre-registration is required. Participation will be limited so early registration is suggested. Guests may sign up at sparcgop.org.

For more information on becoming a Member of SPARC, visit the website.

The South Peninsula Area Republican Coalition (SPARC) is affiliated with the California Congress of Republicans, a chartered organization of the California Republican Party. Our regional focus is San Mateo and Santa Clara counties and we attract members and speakers from all over the Bay Area region. SPARC hosts a dozen events a year that are open to the general public. SPARC was founded in the year 2000 and has been built on the historic Republican principles of limited government, low taxes, and a strong national defense. As a group, we work to extend our support for Republican candidates who will work at all levels to help make these goals come true. Link to SPARC Logo 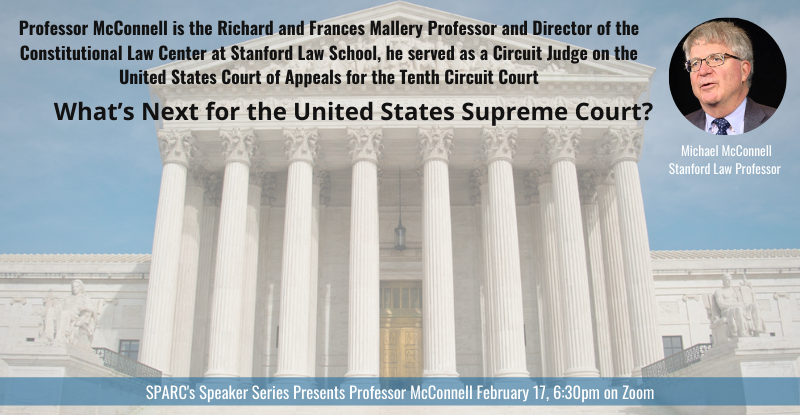