On Wednesday, November 18 at 5pm we’ll be co-hosting a special online briefing.

US-China Relations have taken center stage as the Trump Administration continues trade negotiations as well as combatting the impact of the COVID-19 outbreak. Our speaker this month is Michael Auslin, Payson J. Treat Distinguished Research Fellow in Contemporary Asia at the Hoover Institution, Stanford University.  A historian by training, he specializes in U.S. policy in Asia and geopolitical issues in the Indo-Pacific region.

Auslin’s latest book is Asia’s New Geopolitics: Essays on Reshaping the Indo-Pacific. He also is the author of the best-selling The End of the Asian Century:  War, Stagnation, and the Risks to the World’s Most Dynamic Region, among other books and edited volumes. He is a longtime contributor to the Wall Street Journal and National Review, and his writing appears in other leading publications, including The Atlantic, Financial Times, Foreign Affairs, and Politico. He comments regularly for U.S. and foreign print and broadcast media.

Previously, Auslin was an associate professor of history at Yale University, a resident scholar at the American Enterprise Institute, and a visiting professor at the University of Tokyo.  He is a Fellow of the Royal Historical Society and a senior fellow at the Foreign Policy Research Institute. He has been named a Young Global Leader by the World Economic Forum, a Fulbright Scholar, and a Marshall Memorial Fellow by the German Marshall Fund, among other honors, and serves on the board of the Wilton Park USA Foundation. He received a BSc from Georgetown University’s School of Foreign Service and his PhD in History from the University of Illinois at Urbana-Champaign.

He co-hosts the Pacific Century podcast with John Yoo, where they broadly address developments in China and Asia. They discuss the latest politics, economics, law, and cultural news, with a focus on US policy in the region.

When asked recently about China’s propaganda war in the wake of the global COVID-19 outbreak, Auslin said, “The aims of the Chinese Communist Party [CCP] are very simple. It is deflecting all blame for the outbreak and for their initial bungled response. The leadership instead heaped praise on itself for what it holds is the communist system’s subsequent robust, resilient, and bold response to the outbreak. This is an approach that follows a pattern in which the CCP and the party-state government seek to rewrite history and shape public opinion immediately, without allowing actual facts to enter the public debate. They destroy any competing narratives about failures of their system, widespread corruption, or the incompetence of their leadership. The government does this in order to keep its own citizens under control and to extend its influence around the world.” Read the full interview here. 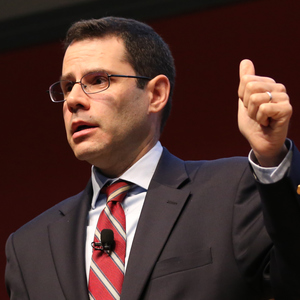