On Wednesday, April 17th we’ll be hosting our Dinner Meeting at the Fremont Hills Country Club.

The Decline of Bay Area Media – Who is holding our leaders accountable?
SPARC Presents Neil Chase, CEO of CALmatters

What happened to The Mercury News and the dozens of other local publications that used to cover our communities? What happens to government and local institutions if nobody’s watching them anymore? Is there a way to bring back that oversight? As Neil Chase said, “Whether we loved them or hated them, agreed with them or disagreed, we all once believed that local journalism was important to our communities.”

Since 2016, Neil Chase has been the executive editor of The Mercury News and the East Bay Times, winner of an all-staff Pulitzer Prize in 2017. Chase worked for more than 30 years as an editor, manager and marketer, in recent years building digital brands and audience as a senior vice president at Federated Media Publishing and as a consultant for major publishers and corporations. He has been a leading participant in national discussions about the future of journalism, including the emerging nonprofit sector. And he served previously as Managing Editor at CBS MarketWatch and Continuous News Editor at the New York Times.

Neil Chase joined CALmatters as Chief Executive Officer in January of 2019. With a staff of about two dozen in Sacramento and Los Angeles, CALmatters produces hundreds of stories each year that are posted at CALmatters.org and shared with more than 150 news organizations including all of California’s major newspapers and public radio stations. Upon joining CALmatters, Chase said, “This organization has proven that it can have an important and meaningful impact on accountability, transparency and civic engagement.”

In January, Chase wrote about a national service program, Report for America, that places journalists in under-covered communities, funding reporters to focus on California’s “worst-in-the-nation poverty rate and the growing divide between the state’s rich and poor.” The Report for America journalists will be based at The Fresno Bee, The Mercury News, and the CALmatters newsroom in Sacramento as part of a team they’re building to bring an unprecedented level of attention to this vital issue. He will discuss the decline of Bay Area media, including what happens to government and local institutions if nobody’s watching. 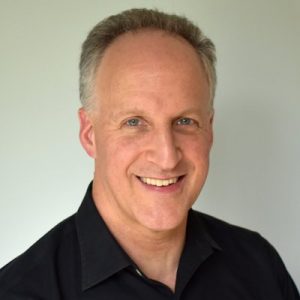