The President and CEO of California Water Service told a packed house of peninsula residents that without “significant rain” in December and January, homeowners and businesses may face an extension of water restrictions through next summer. “El Niño may bring temporary relief,” he reported. “But California’s water issues are complex and are not likely to be solved by a wet winter.”

Martin A. Kropelnicki, an executive with Cal Water for nearly a decade, has headed the utility since 2013. The company is traded on the NYSE and is the largest investor-owned water company in the West. His analysis of California’s water issues was a sobering one. 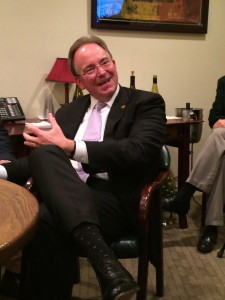 Guest Speaker Marty Kropelnicki briefs SPARC VIPs prior to his speech – one of the benefits of VIP Membership!

During the last drought, which took place between 1976 and 1978, California had 22.9 million residents. That number has now risen by 69%, with the state’s population expected to top 43 million residents by 2020. California agriculture has boomed as well, tripling its acreage since 1950 and increasing its value twenty-five fold, making California one of the richest agricultural regions in the world. The state’s growing population and its huge agricultural industry must now compete for the same water supply.

Kropelnicki told his audience at the South Peninsula Area Republican Coalition, he believes business, technology and government can work together to find practical solutions. Adjudicated groundwater rights have served utilities well in both the Santa Clara Valley and the Los Angeles basin. In addition, he says, better use of reclaimed water and a significant investment in California’s water infrastructure will be necessary.

“El Niño will not solve our problems,” he stated, quoting a recent article in the Los Angeles Times. “But we have lots of room for man-made improvement. Together, we can do a better job of ensuring this vital resource will continue to serve us long into our future.” 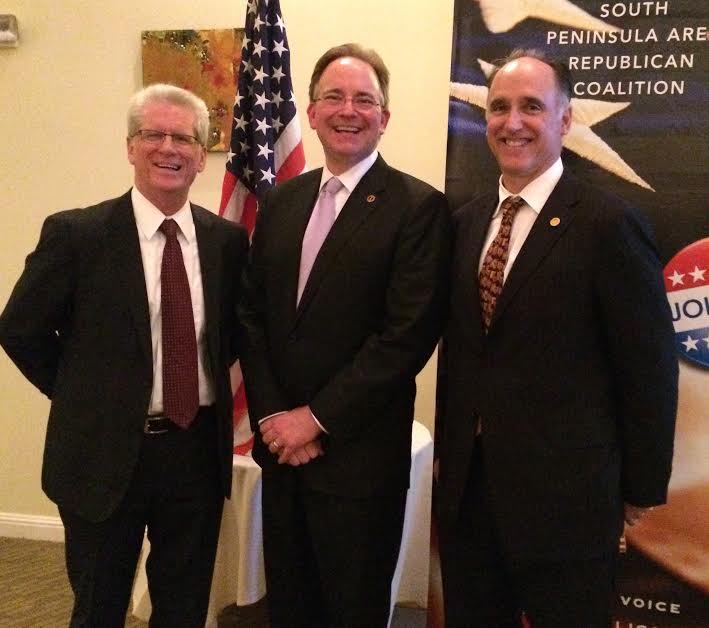